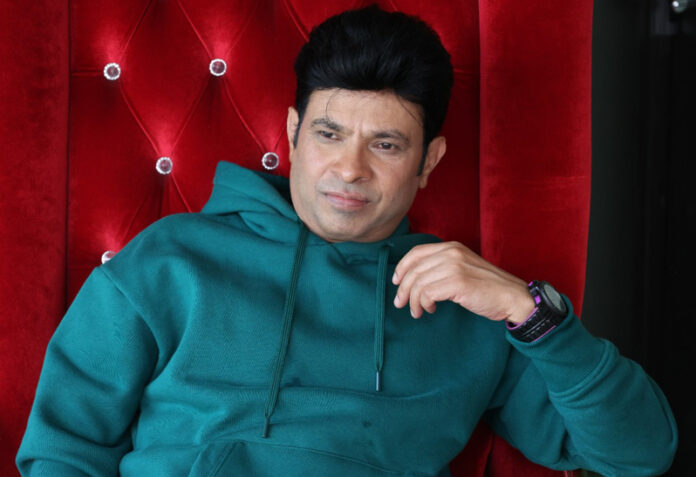 Shantanu Bhamare veteran Software Professional & Leadership Guru turned into a popular Indian film Producer, Model, and Actor who was born on June 12th in Pune, Maharashtra, India. He has done debut in Hindi Feature Film RED. He has played a very significant role of a Jailer in Hindi Feature Film RED against very famous Kamlesh Sawant who is Drishyam fame worked with Ajay Devgan, worked with Amitabh Bachchan in Bhoothnath Returns, worked with Amitabh Bachchan in Khakee, etc. This significant role of a Jailer is portrayed by Shantanu is coming up as highlight of the film – RED ! Shantanu, being a stage & theatre artist was able to enact this powerful role of a jailer in front of veteran actor Kamlesh Sawant without any retake!

Actor Kamlesh Sawant is all praises for Shantanu’s work as a jailer in the film RED!

Shantanu has just entered Bollywood i.e Hindi Film Industry in the year 2021, in the first inning only he has 3 projects in his hand as below, which is incredible. Many top production houses/banners are inviting him and welcoming him as an Actor or Producer or Co-Producer in their Upcoming Hindi Feature Films.

1) RED Hindi Feature Film starring Shakti Kapoor, Krushna Abhishek and Payal Ghosh, he is Co-Producer & Actor. He is playing a significant role against famous Kamlesh Sawant who has worked with Ajay Deegan in Drishyam and worked with Amitabh Bachchan in Bhoothnath Returns.

2) Half Satya i.e. Half Truth – A Hindi Feature Film, in which Shantanu will play a significant role

3) Teri Aashiqui Mein – Romantic Video Song Album, which will be Romantic and most Sensational ever sung by famous Bollywood singer Aaman Trikha. He Sole Producer & Actor. Acting against the famous female actor – Elena Tuteja (Elena is a Bollywood and TV actress, born and raised in Moscow, Russia. She starred in the Bollywood movie “Kehta Hai Yeh Dil” (2020), while her upcoming English movie trailer “Killing Myself” was recently launched by Sonu Sood.) from the Bollywood film industry. Ready to release on 3rd Feb 2022. Under the banner of Shan Se Entertainment.

It clearly indicates that Shantanu is a rising star in Bollywood who is both a Producer and an Actor and he is among discussions in Bollywood.

Shantanu also announced that after the above 3 projects, he plans to release 3 more projects in the next year 2022, it’s a way to go for Shantanu and we all praise and appreciate his talent, we all are sure is going to change the outlook of the Bollywood!

He is an International Award Winner in Leadership which I got at Denver, USA. He is also Awarded with Rajshree Shahu Samaj Ratana (Social Diamond) Puraskar (Award) for my significant contribution in Information Technology, Education & Social Work, prestigious Mother Teresa Award, Best Producer of Maharashtra Award, Legend Dadasaheb Phalke Award, and many more awards.

He is also the Founder & President of Giants Group Of Pune Metro (a social group affiliated to Giants International, which is launched in Bombay in 1972. An Active and Social Service Oriented group under the leadership of Late Padmashri Nana Chudasama. Nana was the only one who was sheriff in Mumbai for 2 years in a row).

Four Book Recommendations for When You’re Craving Fantasy after Finishing the...