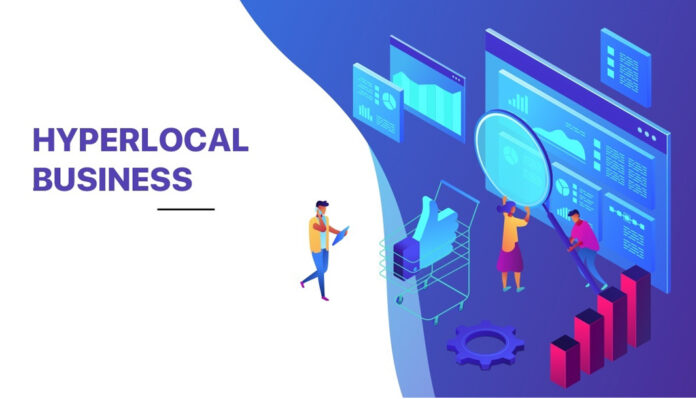 Indian economy for years has been driven by the contributions from the retail segment. However, technological modifications have caused severe disruptions, owing to the popularity of e-commerce or e-retail giants. This has severely dented the small retailers of the country, with stationary or degrowth and sales hitting an all-time low. The Qaddoo App – a hyperlocal e-commerce application – aims to take on the challenge and empower the small neighbourhood stores thereby preserving their identity and retaining their growth trajectory.

“India is estimated to have over 10 to 12 million small retail outlets outside Tier 1 cities. The number is staggering. The problem is not just the inability to go digital, but also the lack of aptitude to retain identity, in spite of big e-commerce giants providing a  platform to enable selling their commodities,” says the co-founder of Qaddoo, Anurag Gupta. He adds, “Until the individuality of a business isn’t highlighted in the right way, it will never be able to stand out of the crowd.”

This is why the Qaddoo App allows all small retailers to open their store for free on the application. The seller manually assigns the name and confirms the location of the store. Once the store is digitally functional, it is very easy to add photos and set prices for the commodities. Besides, making amendments to the existing catalogue is also very handy.

Kirana stores, mom-and-pop-store and other small ventures account for 90 percent of the retail market. And it is only with the help of players like Qaddoo that the reward of sale is realised exclusively by the seller.

“Using the Qaddoo App has a lot of advantages. It gives a wider reach to acquire more customers than before, one-on-one conversations between the buyer and the seller, maintaining Khaata of their customers, and handing over no commission for the transactions using the platform,” explains the co-founder of Qaddoo, Sumit Kapoor. He adds that the application has altered the mindset of the people that in order to sell online one has to take help from only the e-commerce giants. We enable hawkers, fruit and vegetable vendors, painters, home chefs and more communities to be a part of the Qaddoo App.

Qaddoo’s built-in functionalities, allow retailers to run promotions and offers The social wall also lets customers interact with the post, which can lend useful insights to the seller.

“A wider reach, low operational cost, online reputation with due credit, easy reviews, flexible delivery or reduced lead time, and no need to track the product means more business when you create your online presence on the Qaddoo App,” inform the co-founders Sumit Kapoor and Anurag Kapoor. They add, “Earlier such avenues  were only possible for the big platforms, but our hyperlocal application is defeating that singularity.”

Qaddoo’s chain effect is saving thousands of small retailers from shutting down their businesses, rescuing the jobs of thousands of people who are employed at these stores, and establishing the solo identity of sellers, far away from the shadow of big e-tech platforms.

Raamdeo Agarwal and Dheeraj Gupta promote the power of franchising

Krishna Singh Thakur on his inspiration for musical tracks

Grahaa to Stream Live Videos from Space using a Cluster of...

How Can Snehashree’s Book “Five Lotuses & The Morass” help us...

CoinFantasy is set to define a New Fantasy Trading Category