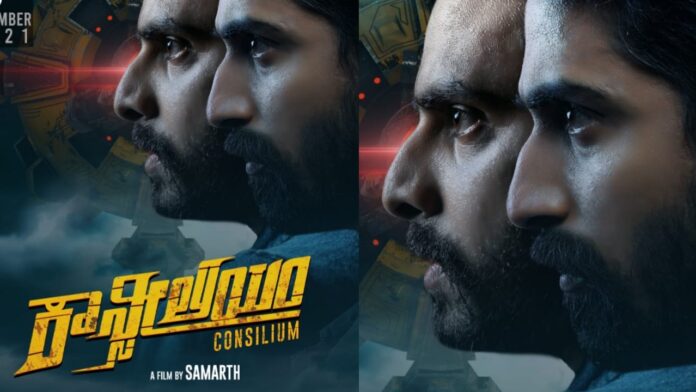 Consilium is released in Bangalore multiplexes on December 10th 2021. Though it did not get a roaring opening, whoever watched the film has only good things to say about it. This movie is not just Kannada’s first sci-fi thriller film but also Kannada’s first superhero film.

The storyline is about 2 techie brothers, boy next door characters played by Samarth and Preetham and the mysterious events happening around them. How these mysterious events help them to discover their own personalities, secrets, and their good and bad sides is shown with a beautiful and tight screenplay. The problems they face, the multitude of plans and solutions they try out to come out this phase keeps you at the edge of the seat throughout the film. They are also superheroes in this film. The journey from boy-next-door to super-hero, how their world turns upside down, how they as a group of friends support each other through thick and thin is shown in a very simple yet in an intense way.

Few positive elements are that this film doesn’t feel like it’s made by newcomers, be it in direction, in acting, in screenplay, in cinematography.

Few comments by audiences are that –

It’s a bold move by the techie family to make this genre film in the first attempt.

Director Samarth says that he always wanted to make such movies which intrigues audiences and makes them think and imagine multiple dimensions/aspects of a concept and it has unique elements shown in a simple yet complex way. Seeing the audience whistle for fights, laughing at the situational comedies, liking the dialogues and the VFX makes me very happy and I wish more people come to watch our movie.

Executive Producer Reshma Rao says this movie is for curious minds, people who are interested in psychology, space, multi-dimensions, people who enjoy Marvel/DC/Transformers/Tenet/Inception/Interstellar genre movies. The subject is complex but it has relatable elements about depression, friendship, brothers bond, boy-next-door. There are 3 superheroes in the film, how the story reveals the superpowers, what their superpowers are is very interesting and the main USP of the film.

Actor Preetham is ecstatic about the audience response says whoever has watched our film isn’t saying anything negative about it, even though a few people did not understand the film fully they still appreciated the VFX, the raw elements, the chemistry between friends and brothers, the dialogues, the music, the fight sequence and the subtlety of the film.

IMT Ghaziabad graduate quits his job at Deloitte to turn his...

Marine food web at risk due to microplastics: NCPOR study

Two Hearts beat together for a Man’s Survival